And Then There Were Two. Maybe. 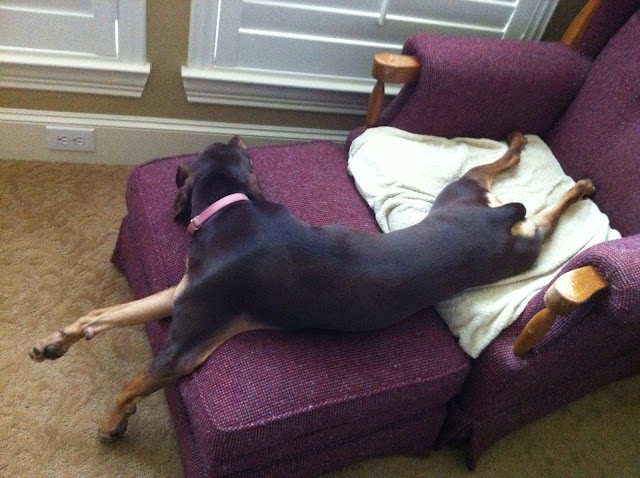 I took Snickers to the Frisco Dog Park Tuesday. It was really neat. She got to run around and meet a lot of different kinds of dogs, and I got to meet some interesting dog owners.

Turns out, dog people aren’t nearly as weird as horse people. But that’s a post for a different day.

One lady at the dog park had two Weimereiners. As you may recall, Snicker’s is half Viszla, half Weimer. So I got to visit with this lady and among what I learned from her was this: Weimers do better if you have two rather than one. In fact, they play with each other, instead of requiring constant attention from you!

So I have begun my campaign for another dog.

Peter has even started a dog fund! Of course, when Brad heard, he said “He can use his dog fund to buy a mirror so that Snickers can look at herself because that’s the closest thing we’re getting to two dogs.” 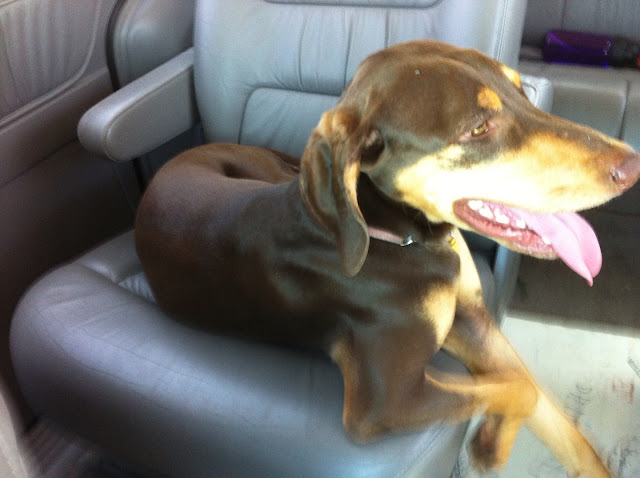