First, let me just reiterate (for those of you who have missed it the last 542 times I said it) – I grew up on a farm.  We lived out in the country, at the end of a long asphalt road, in a house that looked like a castle, hidden behind lots of trees.  My cousins and grandparents all lived at the end of similar roads in similar houses less than a mile from ours.  And most of us (with the exception of me and my mom) were all TALL.  Some freakishly so:

My cousin, Jill, on some High School trip. I found this pic on FB and snatched it up. I've just been waiting for the right opportunity to post it! Isn't that hilarious???

In fact, when we all traveled to Canada on a family vacation years ago, they called us “The Sixteen Tall Americans” – only they said it in a Canadian accent, which made us all giggle. 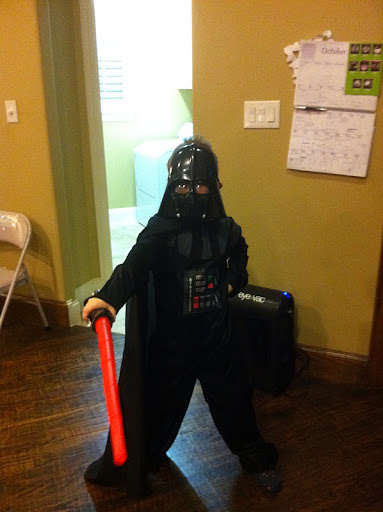 After I married Brad and we moved to the city, I was so excited to finally have trick-or-treaters!!!  Except we lived in an apartment for the first 7 years and no one ever came knocking on our door.

Then, finally, the Halloween after we moved into our first house, lo and behold – little children – and some not so little – knocked on our door and begged for candy!!!  It was, well…kind of a let down. 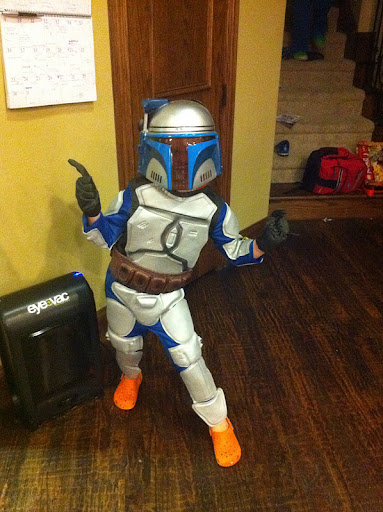 I mean, what’s fun about getting up and down over and over again to answer the door and say “Happy Halloween” to a bunch of kids I don’t know?  I decided that would all change once we had kids – and it did.  It got a whole lot more annoying as our kids were small and inevitably cranky because of too much sugar or not enough sleep or not liking the itchy giraffe costume they were dressed in, and we found ourselves trying to hand out candy AND deal with babies and toddlers.  I was sure that once they were old enough to understand it all, it would be so much fun for all of us! 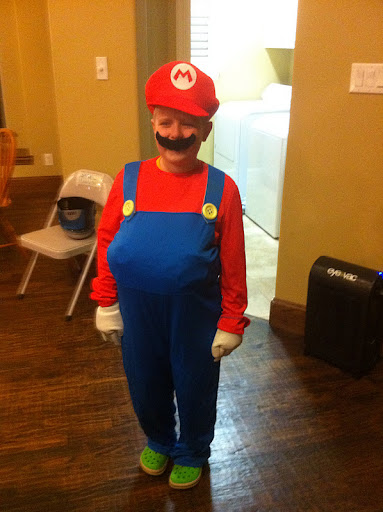 Fast forward to last night.  All 3 kids are now in school.  All 3 kids picked out their own costume and so had only themselves to blame when they were hot and itchy.  All 3 kids were excited about the chance to answer the doorbell. [Side note: I want to publicly apologize to any neighbors who have small children who encountered my not-so-small children at our door last night. I’m afraid they might have overwhelmed some of you when they all started talking at one time and asking your children what they were dressed as and telling them Happy Halloween and ONLY 2 PIECES OF CANDY – NO, YOU CAN’T HAVE JUST ONE, YOU HAVE TO HAVE 2!!!] 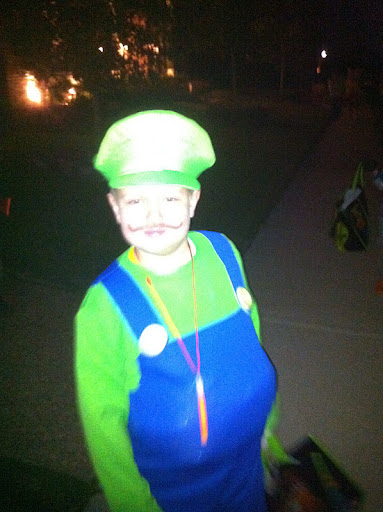 But despite all the hubbub, it did free me up to work on my own costume, which consisted of a ladybug mask with those little glow sticks in them that I found at  The Dollar Store.  (Actually I had a wand full of colorful glowsticks – also from The Dollar Store – that I forgot all about.  Now I have my costume for next year, too…Glenda the Good Witch!)

After a while, we went out trick-or-treating ourselves and did what all our neighbors do – left the candy in a bowl with a sign that said “TAKE 2 PLEASE” – on our front porch.  We made the circuit, then came home to an empty bowl and did the only thing left to do when the candy runs out – turned off all the outdoor lights, closed the shades and checked out our haul. 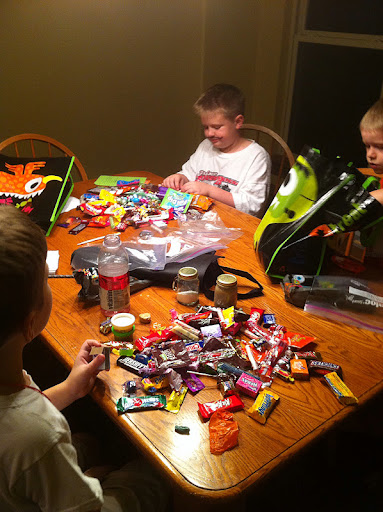 Whew! Thank goodness we’re done for another year! I can’t wait until we’re old enough to keep the lights off and blinds closed and pretend we’re not home.

City life is for the birds.