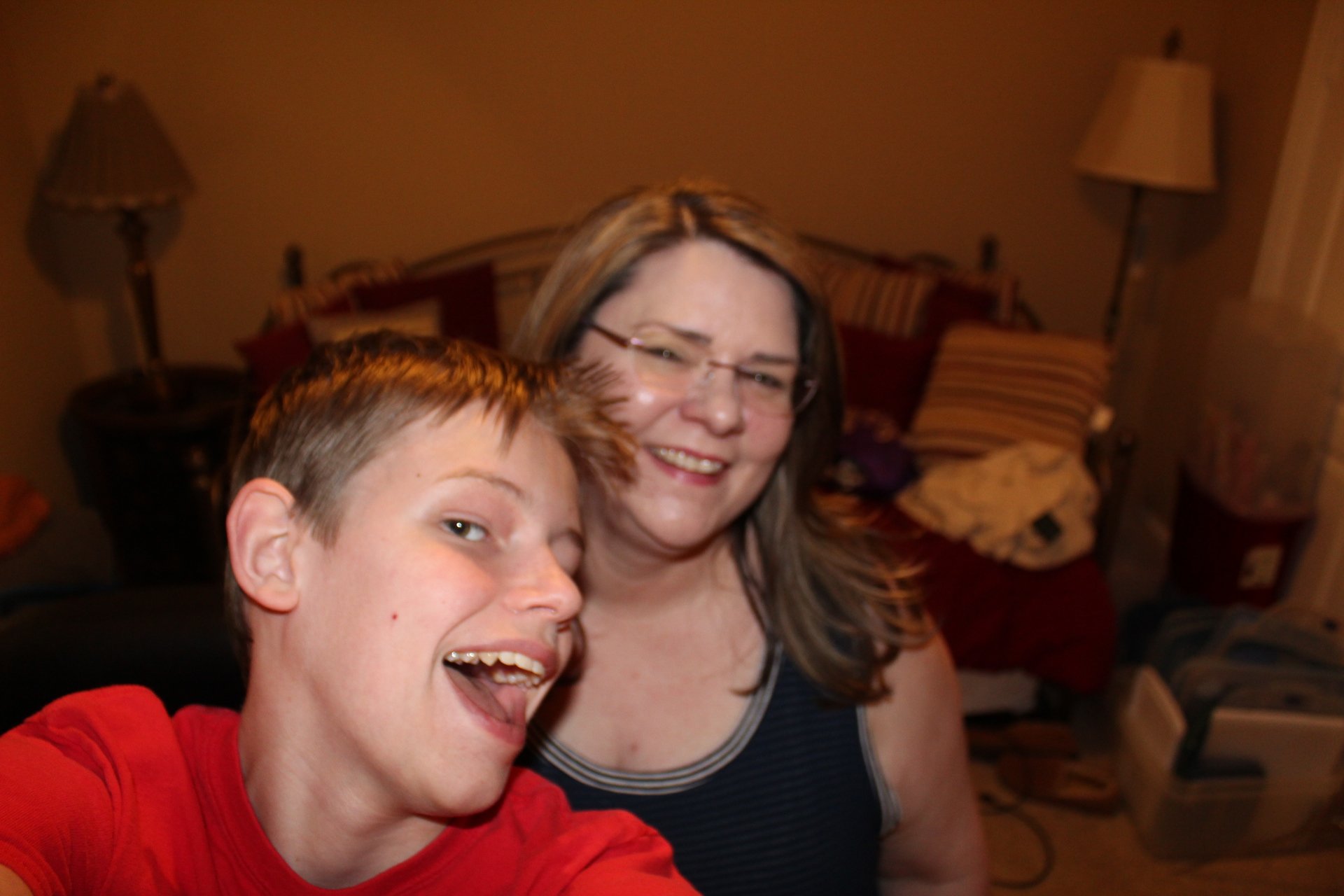 This morning on the way to school, Samuel told me he has been working on a…machine?…contraption?…device?  Whatever. Samuel has been designing a thing in Minecraft that will convert numbers into binary.

So, he is explaining this to me, and I’m trying – really trying – to grasp this thing he’s describing. But he just keeps talking about how binary is so simple because you know how our number system is 10-based? Well, binary is just 2-based and once he got that, it all made sense and so all he had to do is use multiples of 2 (and here he stopped to count into THE THOUSANDS – not by 2’s but 2 to the 2nd power, 3rd power, 4th power, etc.).

And at this point, he just lost me. I mean, I did the mom thing and said things like, “Wow! Did you figure this out all by yourself? How did you learn all this?” and “You’re amazing! I can’t believe you did that!”.

But then I made a slight…miscalculation (HA! See what I did there?). In an attempt to relate to what he was saying, I told him that binary just didn’t make any sense to me. Then I proceeded to tell him the story of how just yesterday, I was trying to get my computer to recognize my mouse, but for some reason, it just wasn’t connecting. I kept turning the mouse off and back on, but it still wouldn’t work. And then I looked at the on/off switch and realized that the “0” meant “off” and the “1” meant on. I had reversed it in my mind, so I was flipping it on then back off. (Because, let’s just be honest here – who thought putting a “1” and a “0” on a switch was a good idea? Would it have been so much more work to add a few extra letters??? But I digress.)

When I finished my story, he said nothing for a few beats, then finally said, “I…I…really just don’t know what to say to you right now.” It reminded me of that scene in Joe Versus the Volcano where Meg Ryan looks at Tom Hanks and says, “I have no response to that”.

Yeah, I always knew this day was coming. My kids are taller than me, better looking than me, and now it’s official – they are all smarter than me.

Oh well, I still have the dog. (P.S. After school today, I told Samuel I wrote this article about him, which prompted another discussion of “0” and “1”. I learned that the symbol that represents “power” on most devices is actually a “0” and “1” overlapped:

Samuel has a sudden interest in accompanying me everywhere.  E.V.E.R.Y.W.H.E.R.E.  And he’s also started to keep his dry erase board in the car so he can take it into the stores and write down what he wants from Santa.

Of course, Santa needs to know these things, but this year, Santa is thinking about something, well, different.  Something that all 3 kids could enjoy, that doesn’t involve a plug or a screen.  Something like this:

Or a new play set for the yard, since the dog is the only one who still uses ours: