It has recently come to my attention that the Bible teaches us to count the cost before we begin a project, lest we get part of the way through it, realize we can’t finish it, and have to quit.  There’s probably a spiritual lesson associated with this passage but I can’t remember what it is.

Anyway, it’s too late for us to go back in time and consider how much it would cost to get a puppy.  And even if we could go back in time, I don’t think we could have known how much damage she was capable of rendering.

So I think there should be a book that is titled “DON’T BUY THE PUPPY!”.  It could be just the thing unsuspecting people like us need to warn them away from making what could – next to the decision about who to marry, whether or not and how many kids to have and where to live and how much money to put in their clothing budget – the most important decision they will ever make.

By the way, this isn’t the first “Don’t” book I’ve thought up.  I really think there should be a whole shelf full of them, like the “Dummies” books: “Don’t buy the house!”, “Don’t get pregnant!”, etc.  Unfortunately, it would read like an autobiography of all the bad decisions I’ve made in my life.  (NO, I don’t regret having kids!!!  That was just an example.  Sort of.)

So one of the most important chapters in my book would be about how much this dog has cost us in dollars since we got her in June.  Just for grins, I thought it might be fun to tally that up here today. 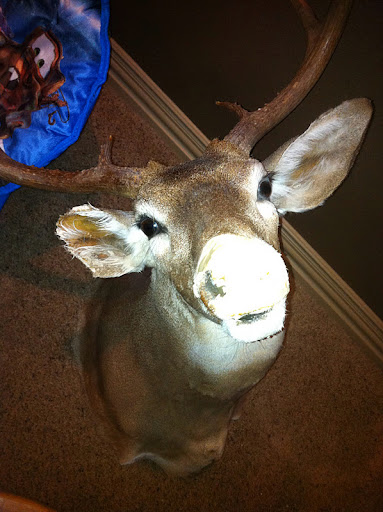 And by fun, I of course mean excruciating painful.

Off the top of my head, I can think of some big expenses immediately:

The dog. We had to pay for her even though we now know the breeder should have paid us to take her off their hands.

Vet bills. Oh my word!  Where’s the health insurance for pets????  Why isn’t anyone riding that bandwagon?  Even without any major procedures, we’ve spent a tremendous amount in meds and visits combined.  AND now that she’s almost 6 months old, we’re facing having her fixed – a pretty major surgery since she’s a girl.  Even requires an overnight stay.  Who knows what that will cost???

Supplies. Now this is pretty discretionary, and I have admit to going a bit overboard in the beginning, but the food alone is NOT cheap and then you add on that the kennel, toys, collars, leashes, etc. and it’s probably one of the biggest spending categories we have so far.

It’s actually kind of funny.  In the beginning I was shopping all the time, buying her new chews and toys and blankets and treats.  I bought her expensive foods and fancy bowls and every possible toy you could imagine.  Know what she eats now? Puppy Chow.  Yep, the cheapest dog food there is.  And no more new toys, no more wet dog food, rarely a treat.  And you know what?  She’s still growing.  She hasn’t gotten sick, pooped more (yes, someone in the pet store told me she would) or been any different, as far as I can tell.  But I digress.

Furniture. So far, she has destroyed our coffee table, chewed up a lot of the wood on the stairs and some of the baseboards.  The chair in our bedroom has wood on the arm rests that are chewed beyond recognition.  She destroyed the cushion on our porch swing. 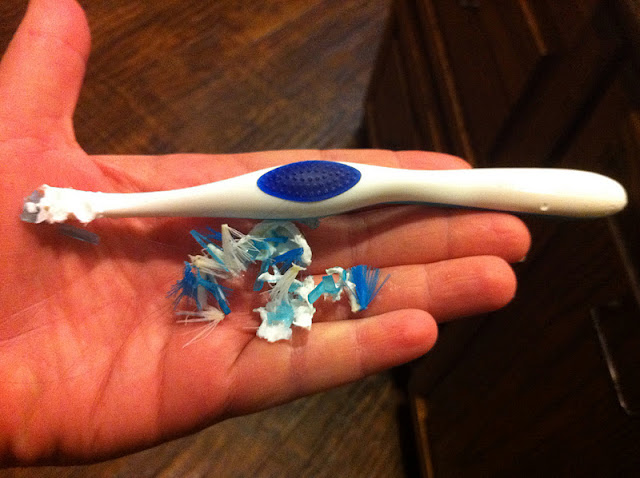 Mouth guard. Now, I have to confess that I blamed this on the dog when in fact, it was in the pocket of my robe (found it this morning…grrrrrr). But with her history of eating everything we own, I still think it should be included.

Glasses. So far, 3 pair. My frames and Brad’s lenses and most  recently, my favorite sunglasses.

Deer head. This was a recent discovery. At some point, she got into the media room and chewed the nose and ear off of the first deer head Brad ever had mounted.  Not a happy moment for Brad.

Comforter. She has ripped the ruffle off of our comforter. And since we still use the bedding my parents gave us as a wedding gift in 1992 (seriously), not much of a chance we will find an exact replacement.  Which means (aw, shucks!), we have to buy new bedding! 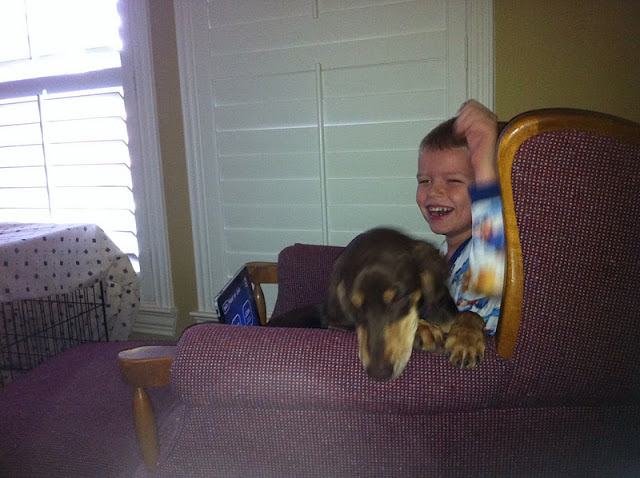 Hmmm…maybe I need to stop and consider the benefits of having a puppy!  Like how she has a really scary bark and growl that really help me sleep soundly when Brad’s out of town.  Or how she has bonded with Peter (and he with her) and been a good pet for the kids to play with.  Or how she “talks” like a person when she needs something (comes out sounding like a really funny whine but I think to her, it sounds like talking).  Or how she is so darn cute and has those sweet expressive eyes or how her whole body seems to wag when she’s happy to see me.

I guess those things are priceless.  I mean, just the emotional attachment the boys and I have formed with her makes her irreplaceable.

Notice I did not include Brad in that statement. Any emotional attachment he might have had with the dog was destroyed when he saw his deer head.