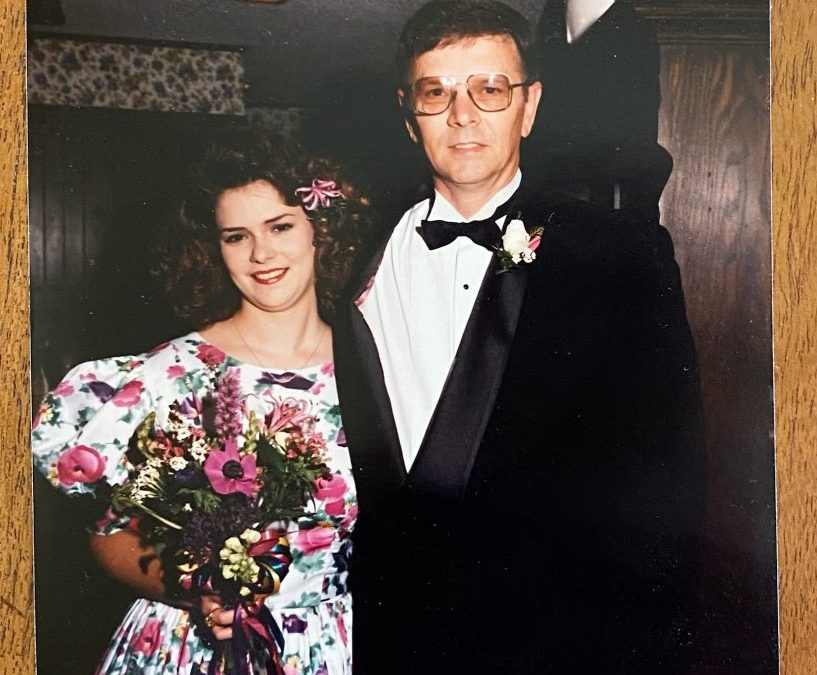 My Dad was such an amazing man. He was, in so many way, the focal point around which our whole family existed.

Dad had a very dry sense of humor. He liked to try to make people laugh without letting anyone else in on the joke. At the dinner table, he would wink at me or wiggle his nose or other things that only I could see. When I would start laughing, it was almost always at inappropriate times, which made the rest of our family look at me like I was crazy. I didn’t care – it was a private joke between me and Dad.

He also loved to make me laugh when I was trying to talk to him about something rather serious. It was like he was entertaining himself. I would get angry with him about it, but he didn’t care – he had his own way of dealing with life and no one could change his mind.

I believe, looking back, a lot of what made my Dad who he was, happened in 1961. He had just graduated from Texas A&M in 1960 and was serving his year in the Army Reserves when his youngest brother, Jamie, became very sick. Jamie was diagnosed with Acute Leukemia, according to his death certificate, and only lived six weeks from onset to death. He died on June 17, 1961, in a hospital in San Antonio.

He was only ten years old.

I never knew who James Gregory Beever was until I was an adult. His name was spoken – it was whispered. His picture hung on the wall at my grandparents’ house, along with the other three boys, but we didn’t discuss him. I was always told that it was too hard for my grandmother, so we were simply told that Dad had another brother who died very young. When I was old enough to ask adult questions, my parents explained it to me, but it wasn’t until the past few months that I actually learned the details from his death certificate. I wish I had asked my Dad more questions about Jamie, but that opportunity, like so many things, died with him on January 8, 2021.

I think I’m feeling nostalgic today because tomorrow is Father’s Day. This will be our first Father’s Day without Dad, and I didn’t even realize it until my husband mentioned it to me yesterday. I always called Dad on Father’s Day but other than that, we didn’t make a big deal about it. Even that call was sometimes difficult for me since, as the years went by, it became more difficult for my dad to talk on the phone. I also didn’t talk to him enough to really know what to say on those calls.

Now, all I have left are pictures and whatever newspaper articles and stories I can dredge up from relatives or the internet.

At least those things can be replicated in some way. They are all that’s left of him now.

And that’s what hurts the most.