He May Need Therapy 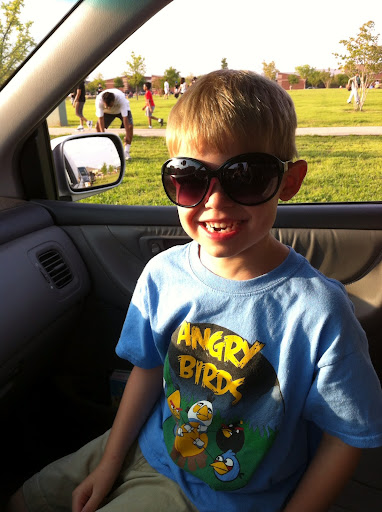 Samuel and I went to Target Saturday to find a birthday gift for Peter to take to a friend’s party (Peter was in the middle of a baseball game). After grabbing the Lego set, we set off to find a gift bag, etc. and ended up on the aisle next to the card aisle. I was looking at the side with different party items; Samuel was going through the cards, cracking himself up over the ones that play music. Suddenly, he says “Look at this mommy’s tummy shaking!”. I turned and – I kid you not – he was holding a card that didn’t just PLAY stripper music, it also had a woman whose extremely large bosoms VIBRATED to the music. I was so shocked, I could hardly react. But when I realized what he was holding, I grabbed it out of his hand and stuck it up real high so no more little hands could find it.

And then, if I’m completely honest, I had to work to smother the incredible desire to laugh out loud at the absurdity of the situation. I mean, seriously – they were HUGE.

Once we got to the car, the questions began.

Samuel: Why was the mommy’s tummy shaking?

Me: That wasn’t her tummy.

Samuel: Then what was it?

Me: It was her private parts.

Me: I don’t know honey. I guess some people think that’s funny.

Samuel: Well I don’t! I don’t think that’s funny at all and if I ever find the person who made that card, I am going to beat him up and tell him he’s not a nice person! 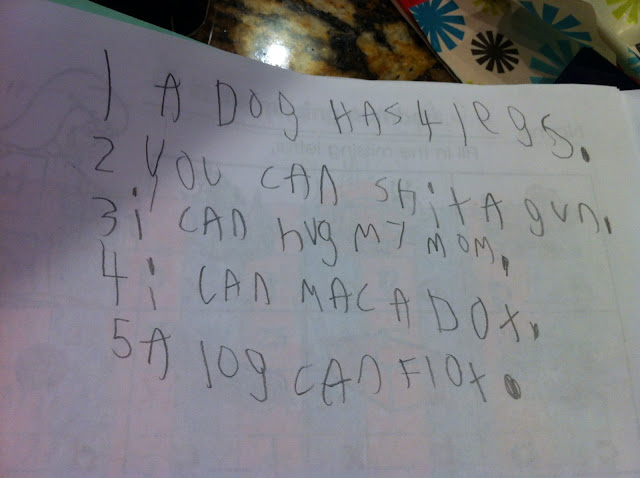 Of course, he’s not exactly as innocent as he looks. He may be six, but just LOOK at what he brought home from school (#2). I certainly didn’t teach him that word!!! (He was actually trying to write “shoot” phonetically.) 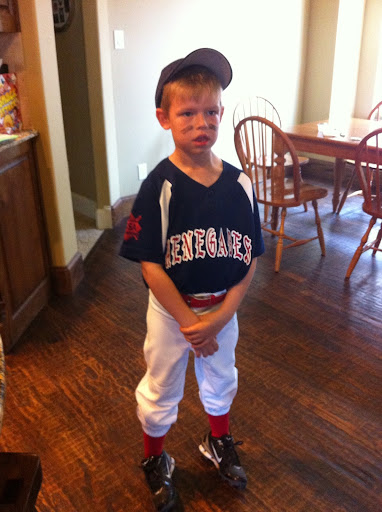 Okay, so maybe he is innocent…can you say otherwise about this boy????? I mean, we may be doing everything we can to screw him up, but you have to admit – he’s pretty darn cute!